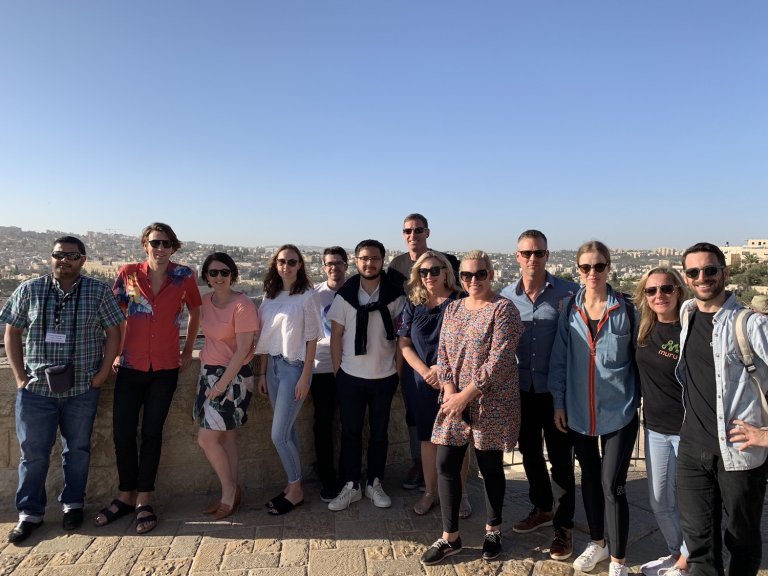 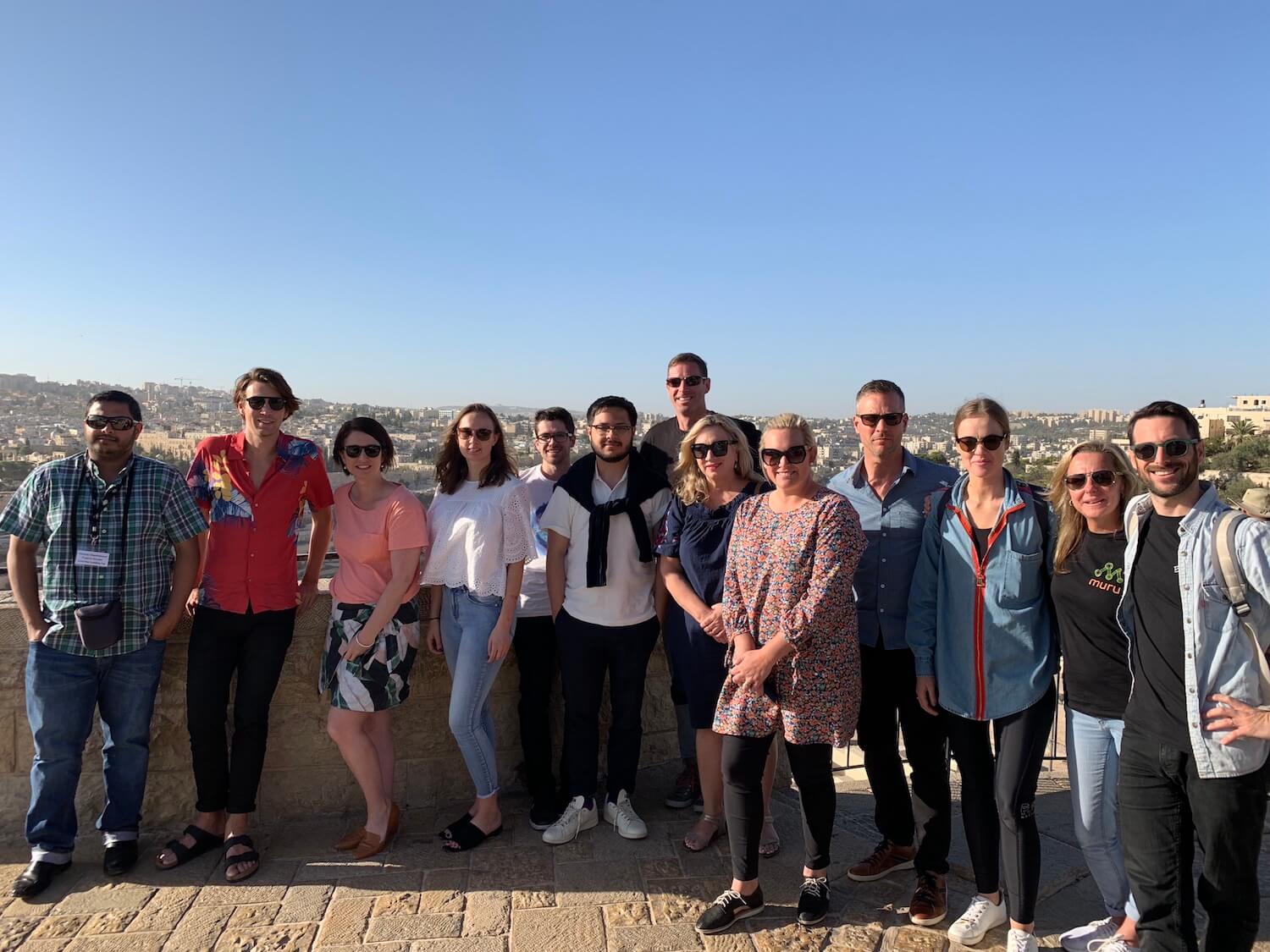 From the travelling fingers of Melissa Pye, Head of Storytelling, muru-D

Last month I spent 10 days in Israel immersing myself in the startup scene, along with another 11 startup community leaders from Australia. I was part of mission organised by Austrade in partnership with the Department of Industry, Innovation and Science, Startup Catalyst, The Israel Innovation Authority and SOSA. Quite a mouthful….

I’ve had the good fortune of having many business trips in my 30 year working history (crikey that makes me sound old) and while skidding Audi A8s on the ice in Austria is very cool, my trip to Israel was even cooler. And not just because my mode of transport was an environmentally friendly “Bird” i.e. an addictive electric scooter. Or because the bars, restaurants, food and beach were out of this world amazing. It was because I had the opportunity to “crack the code” (partly) on how and why Israel punches far above its weight when it comes the proliferation and success of startups. And in my world, that’s really cool.

Allow me to explain with the help of five well known proverbs.

1. A rising tide lifts all ships

There’s a real sense of community. The innate need to be part of other people’s journey and in doing so enhance your own. It’s not about competition, but more about collaboration, connectivity and community. We use all of these words in Australia, but in my opinion, “competition” is a stronger part of our ethos than the other “co-words”.

2. Scarcity is the mother of all invention

For many years in Australia, we’ve referred to ourselves as the “lucky country”. For many reasons, including an abundance – of land and resources. Israel is different. They have a total landmass of just over 20,000km2 and population of about 8 million people. They have no natural resources and tourism hasn’t flourished thanks to the “neighbourhood”. Instead, they look to their intellectual capability and creativity to create a thriving economy. And from creativity comes innovation.

Let’s face it, you can talk about what you’re going to do until you’re blue in the face. Meeting, after meeting after meeting. But this doesn’t achieve much. Decisions are made fast in Israel. They may be made without perfect knowledge, but the best way to find out if the decisions are good ones is to take action. If the results of this action are in the right direction, then forward momentum is achieved. If not, then there’s a quick re-evaluation and action is taken again. Sounds familiar to the “design thinking” process that’s been eagerly gobbled up by founders and “innovation” departments of multinationals.

4. Don’t put off until tomorrow what you can do today

Israelis live for the “now”. We were reminded at every session we attended that there is great uncertainty as to what will happen in the immediate future, so they make the most of today. Which means decisions are made and action is taken at a far greater pace than what I’ve experienced in Australia.

I got the feeling that many people knew what they wanted, and they were not afraid to ask for help to get them where they’re needed to go. There was also little fear about failing. People take a step and give things a go and learn along the way. Sometimes things went according to plan, and other times it didn’t. But they are all considered as learnings. This bravery and boldness are part of the mindset of successful entrepreneurs and can ultimately lead to highly successful global businesses as well as individuals having an enormous positive impact on the world we live in.

Israel, like any other country, is very complex and multi-layered in how it conducts its business. My observations may be somewhat superficial and not truly reflect the deeper mindset, connectivity and decision making that takes place. But it does highlight some general lessons that other founders and countries can draw from if they too want to play smarter and faster on the global startup stage and emulate Israel’s success.

A huge shout out to Omri Wislizki, Australian Landing Pad Manager in Tel Aviv, who opened up his “Rolodex” and connected us to some of the most inspiring and knowledgeable people in the startup world.